This is a quick post to compare the releases of some Pure Storage products which I’ve been using over the past couple of months now.

I have to say I was very impressed with the towel 1.0 release, excellent capacity and coverage, a smooth side and a rough side, the well known Pure orange colour prominent throughout. At some 160 x 100 cm, there’s coverage for even the most, shall we say, ‘demanding’ IT Professional.

Unexpectedly, I received version 2.0 today, which was welcome, although compression has clearly been implemented here as the reduced dimensions of 150 x 72 cm would attest. The new release is a lot less orangey as well, although the contrast is a lot sharper, to be fair. I’m leaning towards version 1.0 although I guess the jury is still out until I put the 2.0 version through its paces in the post-shower test tomorrow morning. 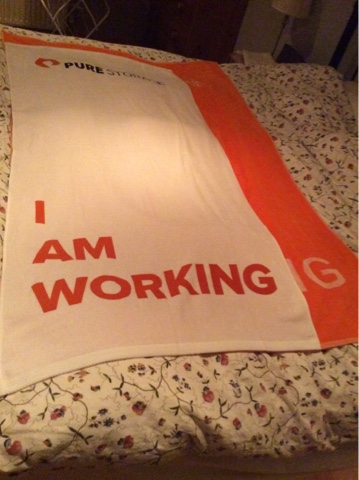 Now on to the more ubiquitous but also useful power block releases. The 1.0 release was a unique design, in that it looked somewhat like a storage unit, pretty gimmicky, I reckon. This came with the basic features you can expect from a power block, a micro plug for charging the block and a USB port for charging devices, plus the required cable.

The new version raises the game considerably in my opinion, less gimmick, more buttons. You still get the same cable and ports, plus a charge button AND a status light. The light shines red when the block is being charged and turns off when fully powered. Once you push the charge button to charge a connected device, the light goes blue, turning off when the device needs recharging. There’s also a drawstring bag in the simple, understated black box. Nice. Charging times 4-5 hours mains/car and 6-8 hours PC/laptop USB port. Definitely a win for version 2.0 here. 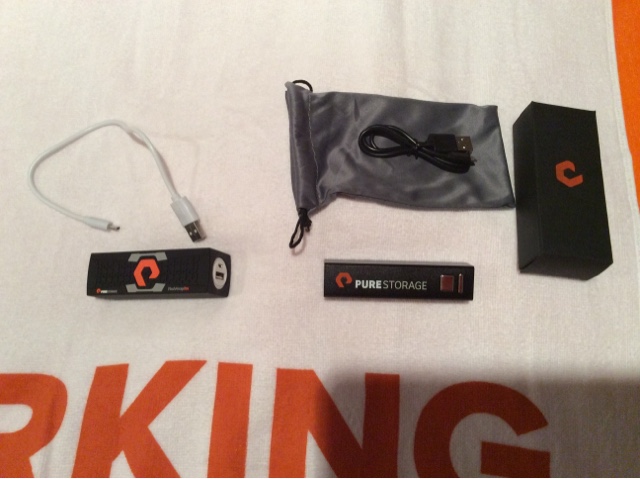